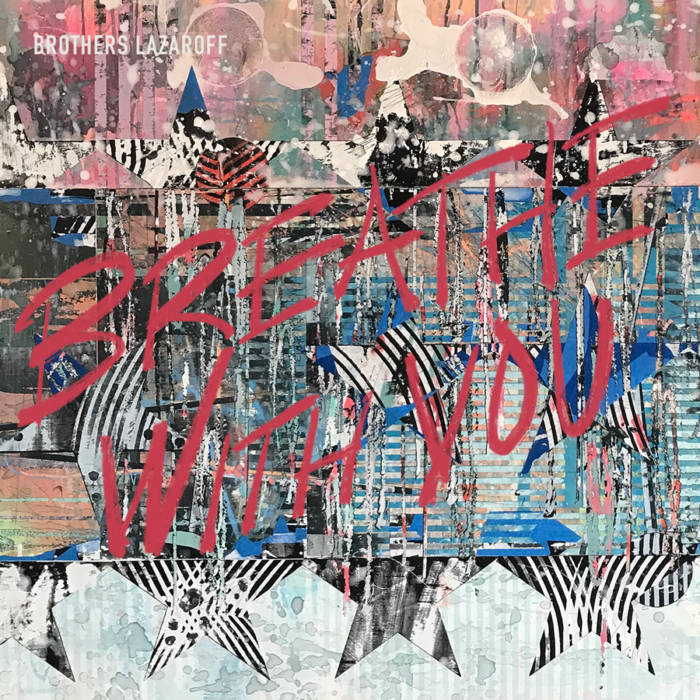 Brothers Lazaroff announce the release of their first official acoustic duo recording “Breath With You.” While Jeff and David Lazaroff began with two acoustic guitars in the basement of their childhood home and have logged thousands of hours writing and jamming as a brotherly duo, they rarely perform and have never recorded without a band. Credit that to their love of ensemble playing and the deep brotherhood they’ve developed with their musical family. They had been discussing doing some duo recordings at the urging of their mentor, cousin and first producer Stuart Rosenberg before the Coronavirus Pandemic began to sweep through the nation, but being literally quarantined from their bandmates made the option much more compulsory for this new handful of songs. When the crisis first hit neither brother was feeling very creative. Like many people around the globe their focus was on keeping their families’ safe and adjusting to this new concept of social distancing. A couple weeks in Bob Dylan released his first original song in years “Murder Most Foul,” a mediation on the death of JFK and American culture. Both Jeff and David were separately made misty eyed by the reference to The Allman Brothers Band song “Blue Sky” written by Dickey Betts. The first song they learned when they started jamming together 25 years ago, Blue Sky represented the beginning of Jeff and David’s musical journey and Dylan’s cracking open of emotion inspired a rush of songwriting. Days later, the biggest and brightest full moon of the year appeared in the form of a Pink Supermoon, and with it came the news that one of the brothers’ heroes John Prine had died due to complications from the virus. Again, writing seemed the best and only way to honor this Mt. Rushmore size influence of theirs. Another mentor and friend, Rabbi James Stone Goodman, was in the same way putting out some moving poetry and two of these new songs are musical adaptations from his recent writings. In the course of a week, the brothers helped each other flush out and finish six new songs “long-distance” the way they used to when David lived in Austin for thirteen years while Jeff was in St. Louis, but now with video-calls replacing phone calls. So with just four mics, David on a 1958 Martin OO-18 and Jeff on a 1963 Epiphone Caballero, the brothers literally reached for the past with their oldest guitars to record these songs and try to make sense of the present. “Breath With You” represents something new yet old, born fast and of the moment, while also a quarter century in the making.

Bandcamp Daily  your guide to the world of Bandcamp